To craft a meaningful story, the compelling writer weaves together four separate, yet thematically connected, Throughlines. By providing the Audience an account of conflict from every possible angle, the writer ensures a story of integrity and completeness. Action sequences, comedic lines, and memorable characters mean nothing if not supported by a robust narrative scaffold.

Thankfully for us, Thor: Ragnarök follows this approach.

The Four Throughlines of Every Complete Story

Equity exists before a story begins; inequity motivates the story to its conclusion. This imbalance is impossible to describe directly: it is the space between things, not a thing in and of itself. This indescribable area—the inequity—is the basis of all conflict.

A writer presented with the inability to describe the very thing that propels their story forward (conflict) looks to approximate it through four different perspectives:

This arrangement is why these four perspectives, though seemingly different and disparate at first, appear to connect on a deep thematic level: the four Throughlines focus on the same inequity.

In Thor: Ragnarok, the fire demon Surtur seeks Ragnarök—the Asgardian version of Armageddon. This end of days arrives the moment Surtur can unite his crown with the Eternal Flame burning in Odin’s vault. Protagonist Thor, determined to prevent this period at all costs, charges in and claims the crown for his own—preventing Ragnarok.

At least, so he thinks.

Thor’s father’s passing and the release of his sister, Hela (Cate Blancett), from her prison magnifies the Physical problems involved in preventing the end of Asgard. From the Objective Story Throughline perspective, we witness the inequity of continually charging in to fight: Hela’s takeover and destruction of Asgard’s army, the Grandmaster’s Contest of Champions, the liberation of the gladiators on Sakaar, and the return to Asgard to face Hela only increase conflict—and the death and destruction that follows.

Thor (Chris Hemsworth) is the son of Odin, the rightful heir to the kingdom, and the one person in his family concerned with ensuring the legacy of his people. His position in the Universe sets Thor apart from everyone else in the narrative. Through his Main Character Throughline, we feel the personal effects of pursuing what is right and fighting evil regardless of who stands in our way—even if it’s someone close to us. 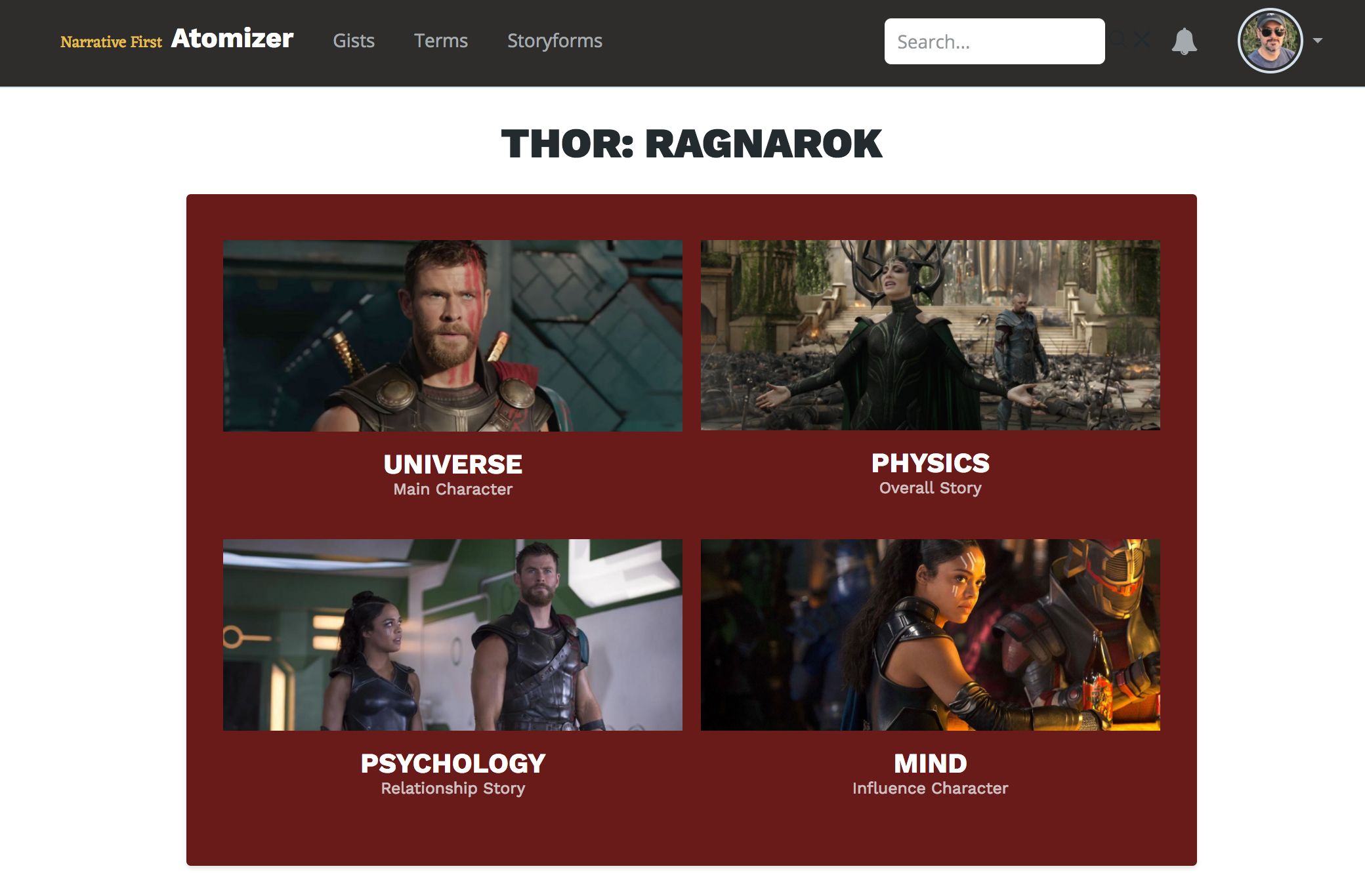 The Throughlines of Thor: Ragnarök

Valkyrie (Tessa Thompson) provides the challenging Influence Character perspective of the narrative. Having made up her Mind a long time ago that not everything is worth fighting for, she presents a rational approach towards keeping yourself alive: run and live to fight another day. Valkyrie represents the path not taken by Thor, their shared point of origin providing enough familiarity to grant growth in Thor’s personal Throughline.

Originally conceived to be romantic, the Relationship Story Throughline between Valkyrie and Thor that appears in the final film centers around mutual respect ✊. Dysfunctional at best, these comrade-in-arms experience the Psychological inequity of charging in as a matter of trust. The skepticism encountered over their conflicting belief systems drives them to manipulate one another to achieve their individual goals.

In the end, both the relationship between Valkyrie and Thor and Valkyrie’s fixed attitude drive Thor to drop his constant need for a fight. By turning and running away, Thor gives way to Ragnarok and the destruction of Asgard—but saves his people and their future. Logistically speaking the efforts to prevent Ragnarok failed, yet emotionally the decision to run and fight another day proves to be a good one for Thor and his people.

The Four Throughlines of Thor: Ragnarök