Update On Our Analysis Of Inside Out

Quick update on last night's Dramatica Users Group Meeting for Pixar's Inside Out. In my original analysis I had labeled the Objective Story Problem as Equity and the Solution as Inequity. My thinking was that Joy's acceptance of mixed emotions at the end of the story signified someone who was OK with the impurity of emotions. I felt a bittersweet emotion was described accurately by Inequity.

I was somewhat pleased with the rest of the storyform, although there were some parts that I wished were transposed. I liked the Relationship Story Problem of Actuality as it signified that Joy and Sadness had different takes on what really happened in the past and that created conflict between them. But the Solution of Perception didn't really fit. It wasn't as if they began to perceive things differently at the end of the story.

During our discussion last night it was Chris Huntley, co-creator of the Dramatica theory of story, who suggested that Inequity should be the Problem and Equity should be the Solution. The argument for this was that in the beginning of the story there were way too many of Joy's emotions compared to the rest of the entourage. Almost as if there was too much of one color. And then the Solution becomes balancing out all the colors by letting the other emotions in. As much as I hate being wrong, I care more about having the right answer for future generations to come. 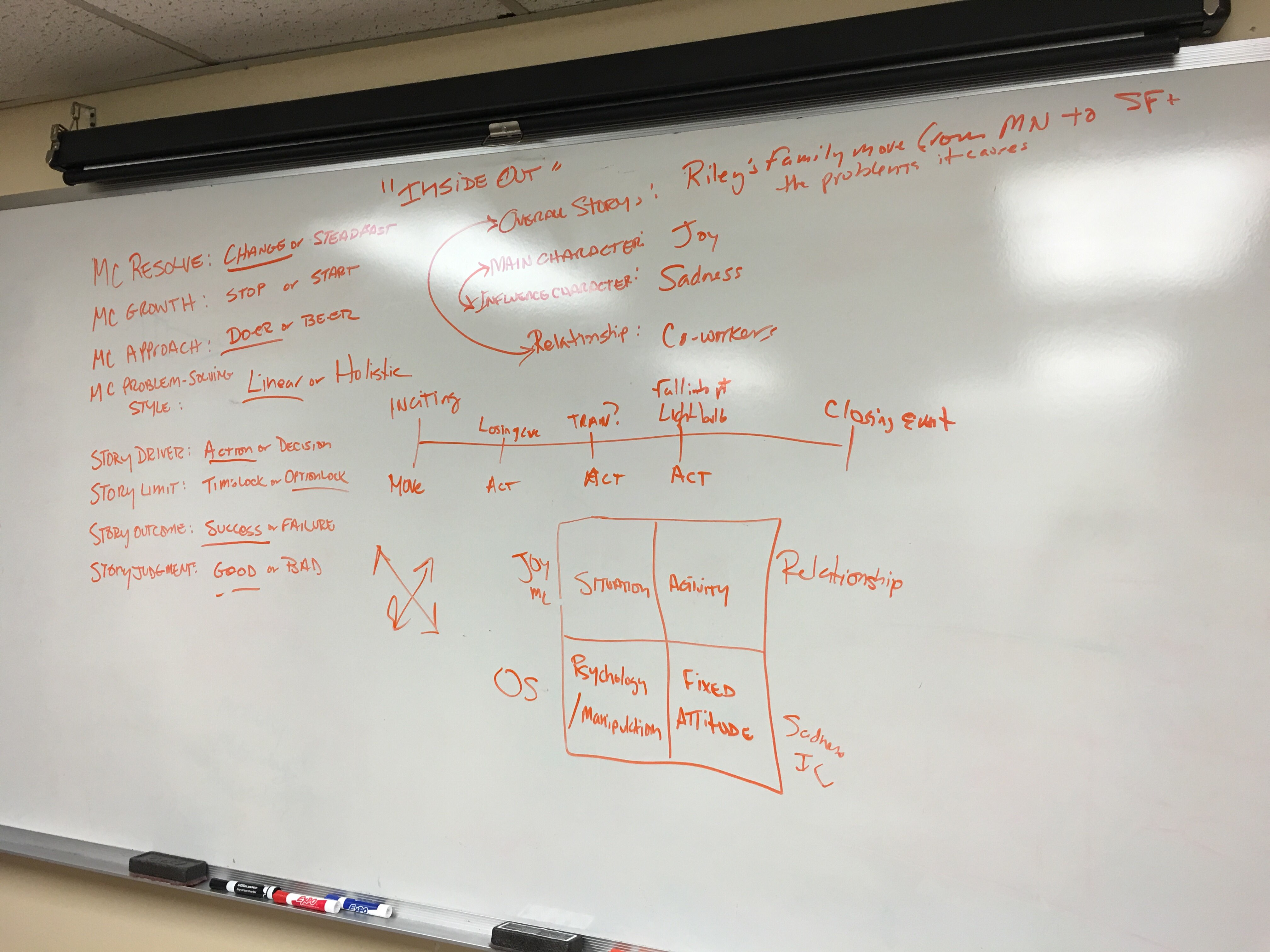 The side benefit of this switch is that all those elements that I had wished were transposed, were in fact transposed. The Relationship Story Problem was now Perception and the Solution was Actuality. What this roughly translates to is that the problem between Joy and Sadness lied in the fact that they both perceived the past in a different way. The Solution that finally brought them together was when they both could see what actually happened.

This also changed the Influence Character Driver (or Problem), which I had identified as Ability, to Desire. This sounds so much better for Sadness, as she lacks any real motivation to do much of anything in the story. She spent so much of the story on her face and it was that lack of drive that challenged Joy's way of doing things.

You can find the updated storyform, along with materials for you to download, at the official Narrative First Analysis of Pixar's Inside Out. You can also watch a video of the entire meeting here. Unfortunately we did lose Internet connection about an hour and a half in, but an audio podcast of the night will be uploaded within the next couple days.