The Throughlines of Stalag 17

This month's Dramatica Users Group meeting featured the Billy Wilder classic, Stalag 17. While simple and straightforward in its storytelling, it is its storyform and arrangement of throughlies that is compelling and unique.

William Holden, the Sgt. Sefton character, features prominently in most of the advertising and marketing for the film. Clearly the strongest actor of the group and definitely the focus of all attention in the story, one would assume he would easily fall into the role of the Main Character. After all, it is his film, right? 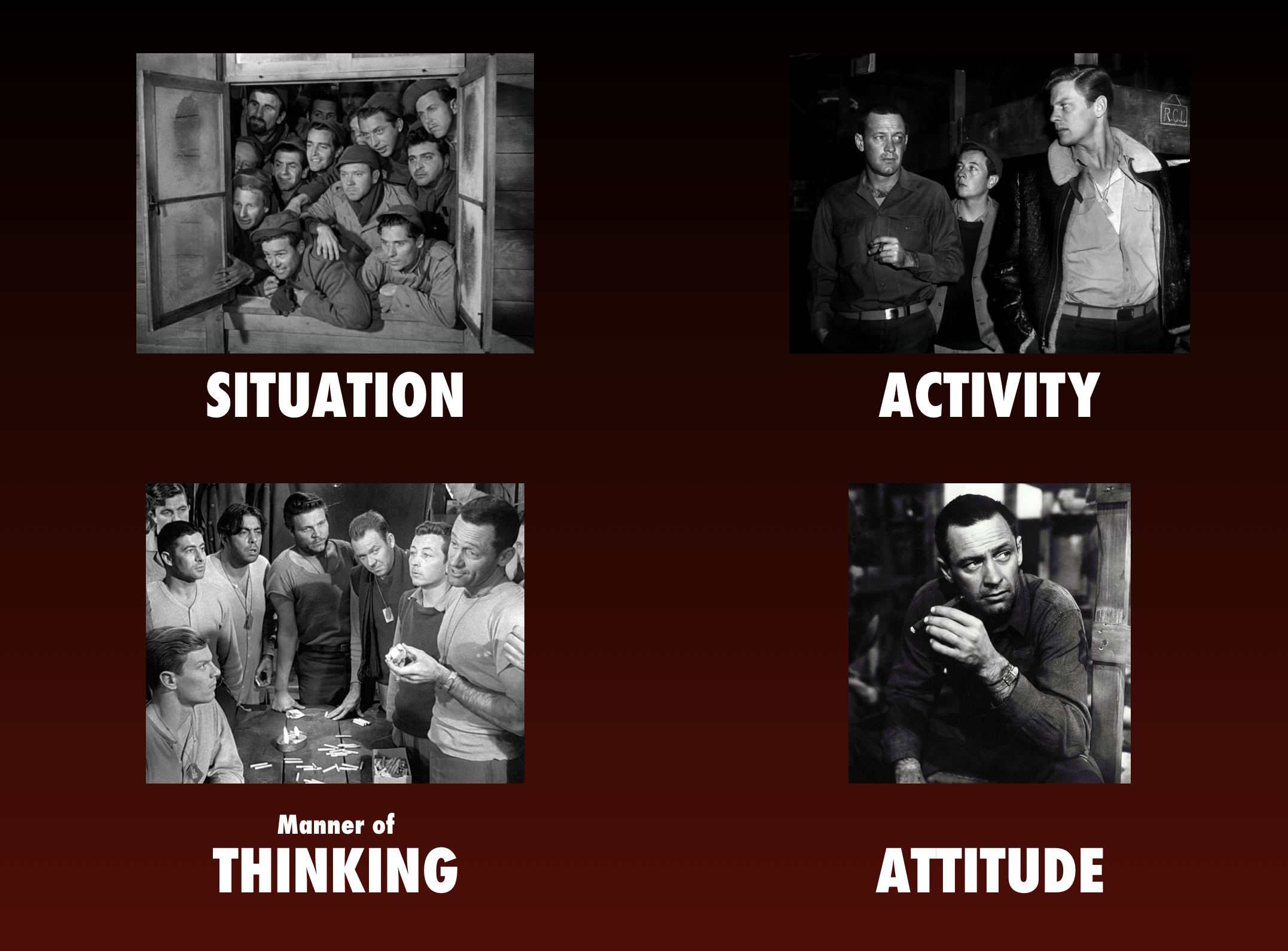 Sefton spends a considerable time off-screen doing things we don't know about. In addition, we don't get to know him personally. We don't know his ambitions, his desires, his thoughts, or dreams. We only experience his sour Fixed Attitude from a distance…the way we would if he fulfilled the Influence Character Throughline.

The remaining men in barracks 4 supply the Main Character Throughline. As a collective group dynamic stuck in a Situation where they find themselves dancing romantically with one another, they share the same perspective on Sefton's guilt and on the inner and outer workings of Stalag 17. This truly is a unique structural dynamic. Often the Influence Character role will hand-off from one player to the next—rare is the film that tries this with the personal throughline.[^south]

With those two Throughlines in place, the remaining two fall easily into the Dramatica structural model. The Whodunit of the Objective Story Throughline garners violent Activity and retribution; the apparently repugnant Ways of Thinking drives a wedge between fellow soldiers who should be foxhole buddies first when it comes to defining their Relationship Story Throughline.

Films from the mid-20th century often focus on the same thematic material and present typical points of reference. Stalag 17 stands out as a sharp departure from the norm and an example of what can be done to make the structure of a story unique.

[^south]: The Influence Character role is handed off in Dickens' A Christmas Carol and in Blazing Saddles. The only film that shares a collective Main Character perspective is South Park: Bigger, Longer, and Uncut. Good company!