The Throughlines Of Macbeth

Long have I dreamt of figuring out the storyform for one of Shakespeare's plays. I believe the time has come.

Think of Macbeth as an early, brutal version of Dicken's A Christmas Carol. The same elements apply: a stubborn man, supernatural forces with an eye on things to come, and a dysfunctional relationship between the two worlds. Only this game of manipulation leads the central character down a dark path of vicious and ruthless murder. Tiny Tim would have little time to utter "God Bless is one and all" before Macbeths thugs would run him through with sword and dagger. 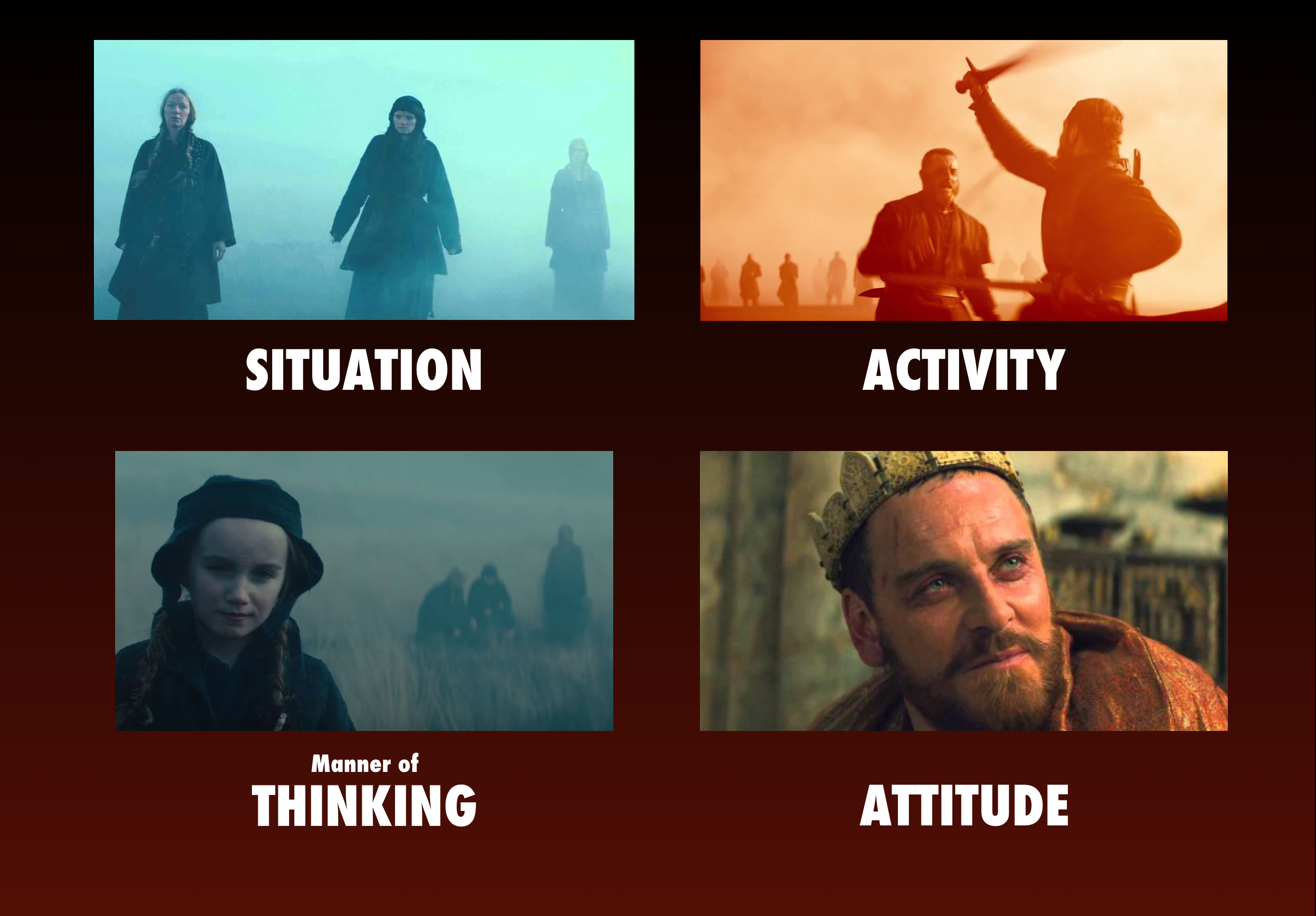 Macbeth's madness, grim determination, and ruthless ambition defines the problematic Fixed Attitude of his personal Main Character Throughline. As Protagonist in the Objective Story Throughline he initiates and instigates violence; premeditated murder the problematic `Activity' suffered by everyone. But as Main Character, Macbeth hesitates and contemplates and loses his mind as he begins to see visions of his victims--a physical representation of the guilt locked deep inside him.

The witches foretell the future, their unique Situation as beings with an otherworldly knowledge creating problems for poor confused Macbeth. Their Influence Character Throughline challenges Macbeth to grow--but to grow darkly. Their perspective, undeniable in its accuracy, leads the tyrant astray from the path of the good and righteous.

The Relationship Story Throughline between mortal and spirit explores the conflict inherent within the context of Manipulation. Is their bond inevitable and destined, designed to transform itself into an unholy alliance? Or does the relationship simply exist to tear down and destroy itself? Was it doomed--like Macbeth--from the very start?

Macbeth is one of Shakespeare's shortest plays--a little over half the length of Hamlet, so the answers to the above questions will forever remain unanswered and a point of contention for scholars today and tomorrow. And tomorrow.

Regardless the pieces are there--an instinct and reality commonplace for the Bard. Complete stories last an eternity, through culture and generation, as timeless as the problems and solutions they explore. Our stories may trend towards triumph, but there will always be a place to speak the horrors of unbridled ambition.