The Difference Between Structure and Entertainment

Researching the Dramatica theory of story and its reception as of late led me to an old post from last year entitled Dramatica and What it Means for Story. In it, I quote a science fiction forum with strange ideas about copyright law and accepted methods of participation.

Time to revisit that post as a writer who briefly stopped by the Discuss Dramatica forum in March of this year, also took time out to leave disinformation and confusion on the sci-fi forum.

The theory is overly complex, its terminology baroque, its rigidity of form a flaw and not a feature, and overblown claims notwithstanding it does NOT offer a complete theoretical approach to solving development of all storyform. Not even close.

A pretty broad sweeping statement with little to back it up. Accusations of "baroque terminology" often indicate a mind not willing to take the time to dig deeper into Dramatica's unique story terminology and perspective on narrative. Dramatica's Definitions Are Not Your Own and Understanding Dramatica's Complex Terminology Made Easier are two places where open-minded individuals begin.

One of the indicators that this MUST be so can be found at Jim Hull's web site. He sells his skills as a Dramataica expert, particularly in screenplay form. I expect he's actually good at that. But if one digs into his published film analyses, there are several 'scratch your head' moments in the division between his "Story Score" and "Entertainment Score".

I am, actually, really good at it. I'm also really good at helping build television series, novels, and plays. Story is story regardless of medium, but I realize some feel screenplays are more "structured" than other forms of storytelling.

However, the attempt to misguide people with lies about how I present my analyses is inexcusable. I don't divide up my critiques into a "Story Score" and "Entertainment Score". How the Hell woud anyone give a rating in regards to story? People have a hard enough time differentiating between a story and a tale, why would I rate on a differential in semantics?

Instead, the analyses on Narrative First offer two ratings: Entertainment and Structure. I do this because I recognize that there are some films that offer amazing experiences, yet don't come close to providing a meaningful narrative to go along with it. I love Terence Malick's The Tree of Life and I really enjoyed the recent animated film Trolls—but both are functionally broken in terms of narrative.

By narrative I refer, of course, to what Dramatica calls a Grand Argument Story. Four Throughlines—Main Character, Influence Character, Relationship Story, and Objective Story—all in service of providing an analogy to a single human mind trying to solve a problem. The closer a film approaches an accurate representation of a functional storyform the higher the Structure rating.

As it turns out—and this should be no surprise to anyone who has spent any time actually investigating Dramatica—the closer a film approaches an accurate storyform, the better and more critically acclaimed the film. Check out our showcase of Narrative First analyses: 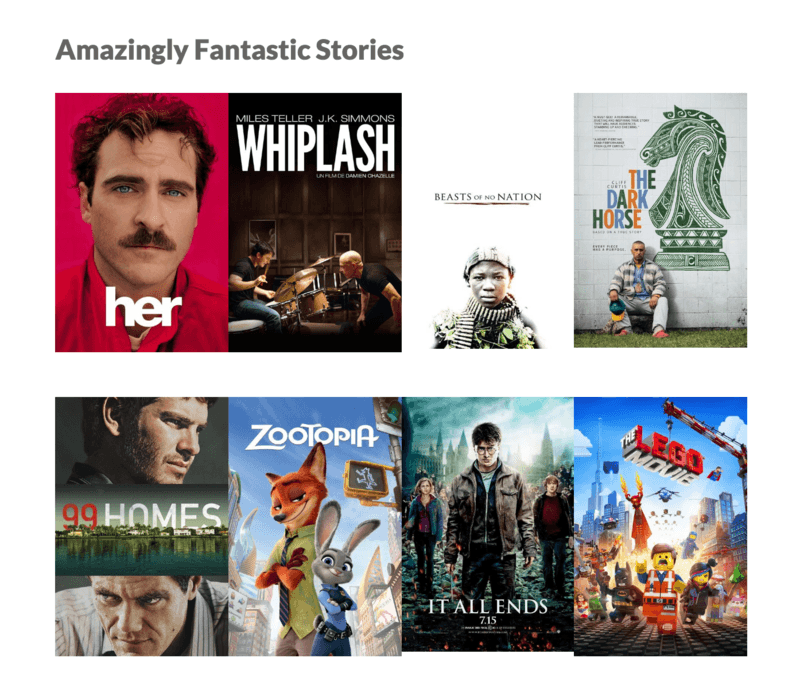 her. Whiplash. Zootopia. These are all films universally lauded for their artistry and great storytelling. They also happen to all score 5/5 for Structure and a 4/5 or 5/5 for Entertainment here on Narrative First. A complete storyform, or high Structure rating, guarantees critical acclaim and universal praise. The converse is not true: a high Entertainment rating guarantees nothing except popularity—a quality that is both temporary and fleeting.

The writer on the forum refers to our analysis of Guardians of the Galaxy, taking umbrage at our "story" score of 1/5 (again, this is a rating of its narrative structure) yet failing to mention our 5/5 rating for Entertainment. Guardians is a really fun movie—hilarious, well-acted, and exciting. Unfortunately the lack of a proper story structure makes it something that is easily forgotten. Who here remembers what happened in Guardians of the Galaxy? I recall some gem and funny moments with the big muscle-bound guy. Now who here remembers what happend in To Kill a Mockingbird or Whiplash?

It's not 2001: A Space Odyssey. But it's not a terrible movie either. In fact, audiences loved it. And the fact that Jim Hull rated it so poorly in Story terms should say something about Dramatica Theory. Because if the theory can't predict which stories will emotionally impact audiences, it's not a useful theory for crafting story. By definition. Right?

Structure and Entertainment. Please think about and understand the difference. I believe and recognize that Guardians entertained audiences…I'm not quite sure it emotionally impacted them on the level of her or Zootopia or Inside Out.

The Dangers of Multiple Personality Disorder in Story

The writer moves on with more disinformation and misunderstanding:

So what attracted me to spend the time digging through Dramatica theory? At its core is one insight that authors should consider seriously. That story characters and events symbolically represents divergent and competing psychological states within the author. Much like multiple personality disorder. That the process of reading evokes the same in the audience. And from this insight one can learn something useful about successful craftsmanship.

Ugh. Not even close. Character, Plot, Theme, and Genre represent different aspects of a singular mind trying to solve a problem. One mind, one personality.[^gen] Multiple personalities suggests multiple storyforms and is a huge problem when collaborating with several different Authors with several different ideas of what a story should be about. A Dramatica storyform keeps everyone on track with the purpose and original intent of a narrative.

[^gen]: In fact, Dramatica sees Genre as the personality of the mind.