A Visual Approach To Learning Dramatica

When I first started writing about Dramatica I was excited about being able to communicate concepts and ideas by drawing on my tablet. That was before 2007 and the iPhone and my discovery that PCs were ugly devices that should in no way be used for writing.

Enter 2016 and my entry into full time story consulting and my acquisition of an iPad Pro. Now I can quickly jot sketches for clients and communicate concepts that would otherwise take verbose language.

Take for instance this latest sketch I drew this afternoon for a client enrolled in the Dramatica Mentorship Program. Instead of taking screenshots, and labeling those screenshots, and uploading them to my site--I can simply grab the Apple Pencil, fire up Sketchbook Pro, jot down the idea, and then share it directly to the client through our Narrative First Slack team. Process took less than five minutes and felt like I was in the room with the mentee teaching like I always have on a white board. 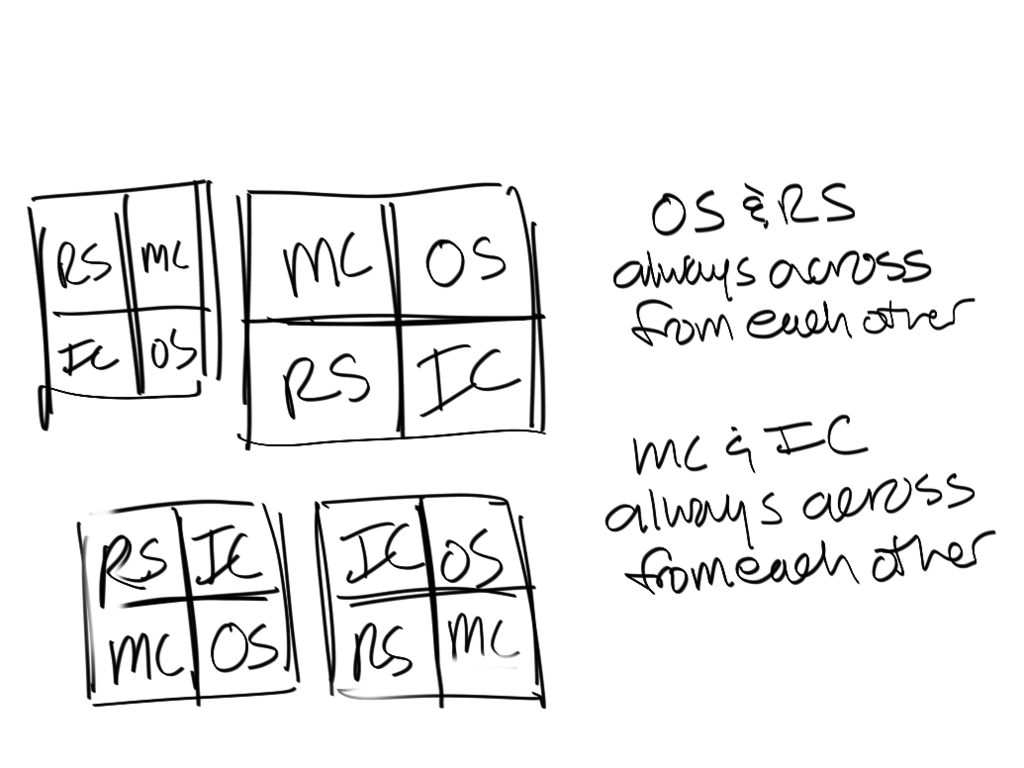 The reasons for this are theoretical, but the general idea is that those items in greatest conflict are found diagonally across from one another in the table. That is why you find Faith diagonal to Disbelief, Perception across from Actuality (or Reality), and Logic across from Feeling. The MC and IC Throughlines represent conflicting approaches to solving problems. Makes sense then that they should be across from one another.

This came up because the student had identified a single Throughline in a single Domain in his analysis of a film. Part of the program involves working your way through the table and sampling films with similar thematic material in an effort to develop a better sense of where thematic conflict occurs. For instance, the first section places American Beauty, A Simple Plan, and Eat, Drink, Man, Woman together as they share a common arrangement of Throughlines; though they deal with entirely different subject matter, they feel similar in terms of the areas of conflict explored.

Arguing a single Throughline in a single Domain is easy. Anyone can make an argument for a certain Main Character dealing with either a Situation, an Activity, a Fixed Attitude, or a Way of Thinking. Bring the other Throughlines into the mix and suddenly it becomes much more difficult arguing four Throughlines at once.

But that is the important part and where the elevation in narrative understanding comes from. While there may be several instances where a Throughline fits in different Domains, there will only be one arrangement where all four Throughlines fit into place. If you would like to learn more about how you can become a part of this insightful and fun program visit our Dramatica Mentorship page.