Writing Characters as Facets of a Single Human Mind

Breaking down the personality of a story.

The quickest path to a broken story is thinking of your characters as real people. Infusing the same helpings of motivation and purpose across the spectrum dilutes the message of the story and leaves the Audience wondering what you're trying to tell them. When you think of your story as an analogy to a single mind, you start to see the holistic relationships between all the characters—and you guarantee a more meaningful experience.

Characters are not real people—they’re aspects of the same mind considering a single inequity. The Protagonist represents Initiative. The Antagonist Reticence. Guardian and Contagonist illustrate right and wrong.

In this series on Creating Complex Characters in Complex Times, the function of characters as stand-ins for these thought processes eventually led to the realization that Authors can break free of the constraints of Archetypes. Mixing and matching the base Narrative Elements of these characters increases delight and surprise while maintaining the integrity of the single Storymind analogy.

As mentioned in the previous article Developing Complex Characters that Defy Expectation, Spider-Man: Into the Spider-Verse features several examples of these more complex and sophisticated characters. Uncle Aaron and Peter B. Parker split the intrinsic motivations of the Guardian and Contagonist, resulting in two very dysfunctional mentors. They continue with this deviation from tradition with the Reason and Emotion Archetypes.

The dueling forces of intellect and passion within the mind lend the Storymind towards the adoption of two additional Archetypes: Reason and Emotion.

Like the previous grouping of Archetypes—Protagonist, Antagonist, Guardian, and Contagonist—Reason and Emotion breakdown into two primary narrative Elements.

Reason consists of Logic and Control.

Emotion consists of Feeling and Free.

Rational thought almost requires directed and constrained thinking. That’s why Logic and Control feel natural together and why these Elements easily form the Reason Archetype.

Passion is boundless—the very act of opening one’s heart-mind and reaching out requires something unconstrained and free. Feeling and Free naturally gravitate towards each other and form the Emotion Archetype.

Superficial Characterization that Gets to the Point

Everyone’s favorite character in Aliens is Hudson (Bill Paxton). Infinitely quotable (“Game over, man. Game over!”), Hicks is the classic Emotion Archetype. From pumping the drop team up for action to reacting like a child (“Why don’t we put her in charge?!”), Hicks can always be counted on to instill a little happiness—and a ton of Emotion—into the Storymind of Aliens. Even the way he goes out is intense and frenetic (“You want some?! Oh, yeah? How about you?!”). 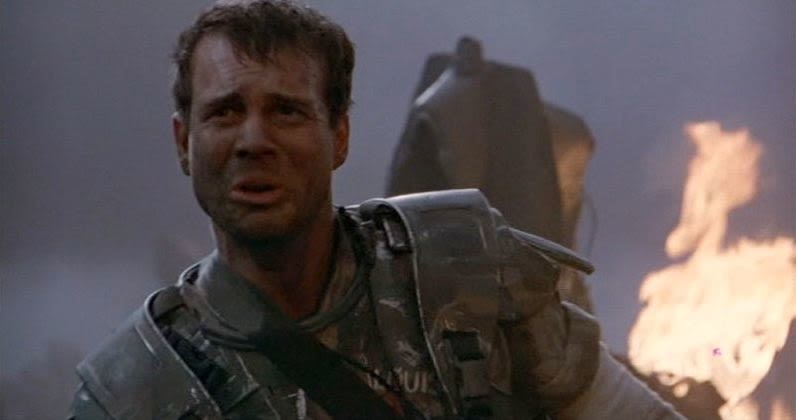 Reason and Emotion Archetypes often take responsibility for adding humor and color to the conversation. In Robert Zemeckis' Contact, the two astronomers working with Jodie Foster’s Character Ellie even go as far as wearing appropriate clothing to signal their Archetypal motivations.

Fisher (Geoffrey Blake) is your classic Poindexter. With wireframe glasses, a nasal voice, and pinstriped shirts, Fisher is primed and ready to argue the rational side of communicating with extra-terrestrials.

Willie (Max Martini) is your classic frat-boy slob. With red curly hair, a gravelly voice, and a colorful Hawaiian shirt, Willie (whose name even sounds like Emotion) is set to argue the crazy and far-out fantasies of communicating with beings from another world. 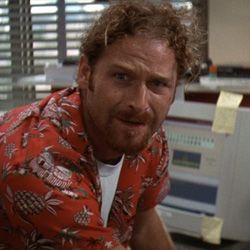 Spider-Noir (Nicolas Cage) represents Feeling and Control within the Storymind. His passionate stance towards Nazis and his tendency to light matches just so he can “feel” something indicates a motivation towards Feeling. The way he keeps it all in and contains himself, preferring to direct his attention towards solving the Rubik’s cube implies Control. 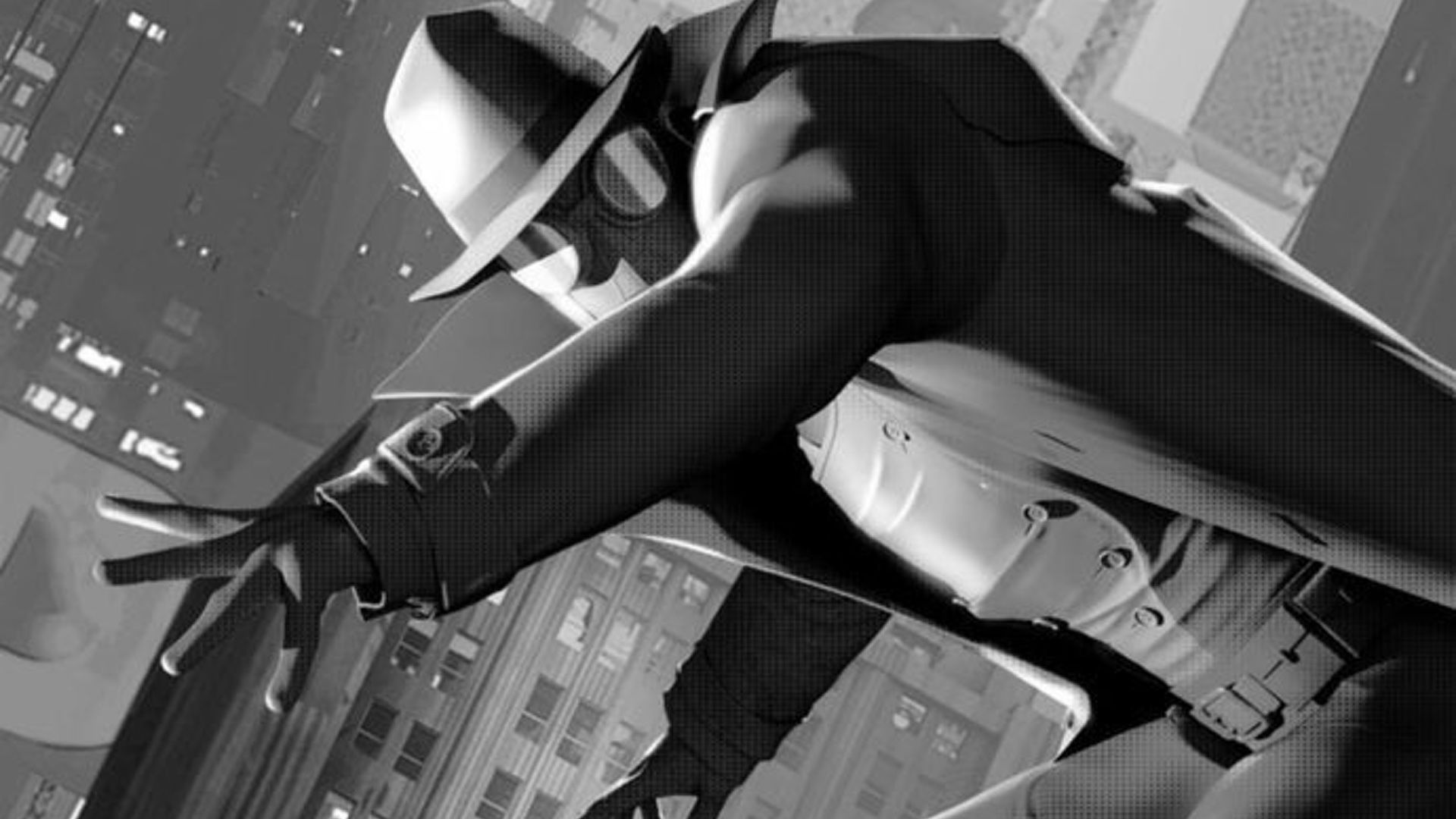 Nicolas Cage’s monotone voice and demeanor—the very thing people love about him—is almost a real-world example of the mix between Feeling and Control.

The voices of John Mulaney (Spider-Ham) and Kathryn Hahn (Doc Oc) almost speak to the opposite.

A Reasoned Display of Frenzy

Doc Oc built the machine and is the only one who knows how it indeed works. As scientist “Liv” Octavius, she supplies the intellect needed to make sense of the glitching experiences by all the Spiders. Her frenzied approach of destroying everything that stands in her way runs counter to this reasoned and intelligent approach—making her five-hundred times more captivating to watch.

Spider-Ham functions with the same essential features. Pointing out that just because Ham's hands are wet doesn’t mean he just went to the bathroom and questioning whether or not animals are allowed to talk this world are indications of a tendency towards Logic. 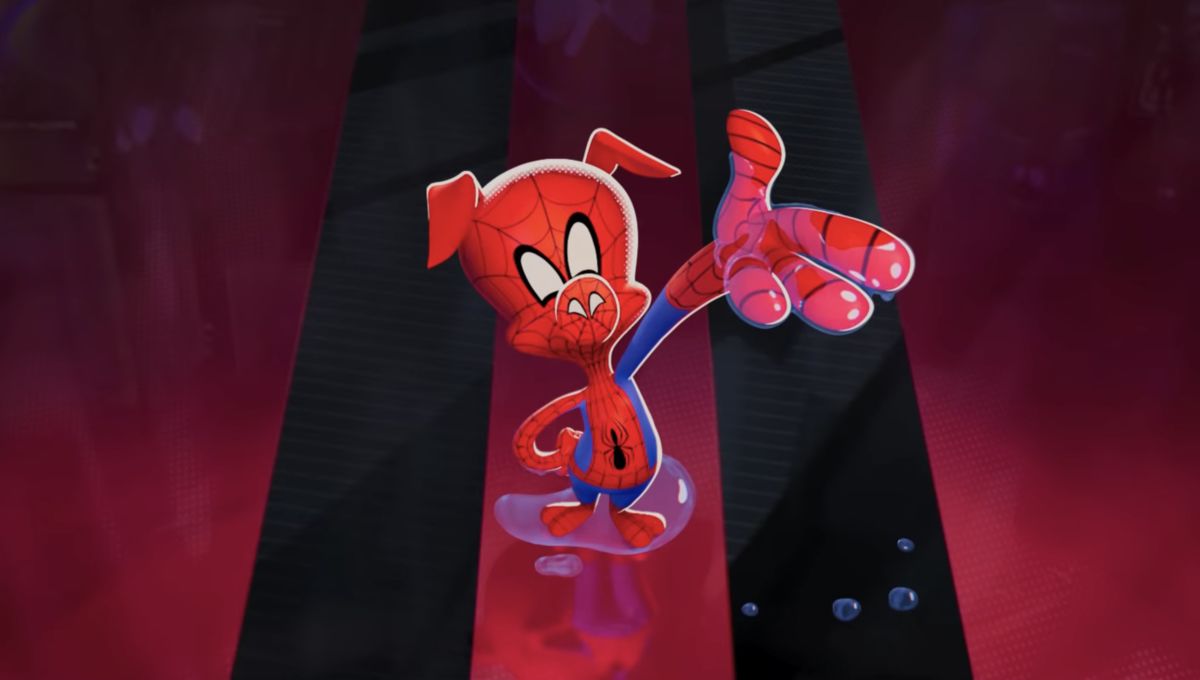 Floating through the air because you smell a delicious pie or getting worked up and out-of-control when someone insults cartoons is clearly an indication of Free.

Both Doc Oc and Spider-Ham serve the same function within the Storymind context of Spider-Man: Into the Spider-Verse. The fact that they sit on either side of the subjective Audience appreciation of “good guy” and “bad guy” little matter to the objective nature of the Storyform. Oc and Ham inject equal parts Logic with a touch of Free.

In the end, all that matters to the meaning of the narrative is that Feeling and Free, Logic and Control—and all the other Narrative Elements within the story—are explored within the context of the Story Goal. The only "rule" is that these Elements should be examined at least once per Act—thus, the ability of a story to hand-off this driving force from one character to the next.

Remember that a narrative is not a story about real people—a narrative is the story of one person, one mind—actively seeking a resolution to a single inequity. The very purpose of an Act then is to work around the injustice from different angles to see how these Elements work or don’t work in different contexts.

The ability of the story to “hand-off” these Elements from one Player to the next accounts for the reality that a story is a construct—a fabrication. Something imagined. Fictional. The nature and inherent logic of this fictional Storytelling attached to the storyform may make it impossible for the Author to rationalize a particular character’s appearance in various scenes.

For example, scenes and sequences found in the third Signpost of Spider-Man (what many refer to as Act 2b) find little room for Doc Oc to appear. You can only have so many fantastic action scenes as you did in the forest before her schtick becomes monotonous.

What the Authors do to counteract this deficiency is to replace her schtick with another's—namely, Spider-Ham. He grabs the baton of Logic and Free from Oc and runs with it until the end.

The Function of Characters within a Story

The Objective Story Throughline, which is where we find the Story Goal and therefore the character Motivations towards that Goal, is an objective perspective on that single inequity within the Storymind. What problems do they experience because of this imbalance?

Whether they stay within the same Player throughout—like they do with Pursuit and Consider in Miles—or whether they pass the baton from one Player to the next, the Audience appreciates the same thing. The story means the same to them regardless of who carries which Element.

This inherent trait of a story to be able to pass off Elements grants Authors the opportunity to ensure narrative integrity with their work. Their imagination can run wild creating fantastical action sequences and elaborate characterizations, while the structural integrity of the argument they’re making remains solid.

As we've seen in this series of articles on Creating Complex Characters in Complex Times, a story offers each and every one of us the opportunity to step within the mind of another—to experience the inner dialogue and cross-arguments that go on within that mind as it seeks resolution.

With the answer to that problem-solving process firmly in our grasp, we can move forward knowing a little bit more about how best to approach the inequities in our own lives.